Originally published in the Colchester Weekly

40 years ago, a group of community members came together over the concern that there were many local children and youth who needed positive role models in their lives. From that, Big Brothers Big Sisters of Colchester was born and over the next 40 years, the agency has been fortunate enough to serve thousands of local children and youth with the help of many incredible volunteers.

This month not only are we continuing to celebrate our 40th Anniversary but we are also celebrating ‘Big Brothers Big Sisters month’. Communities all over the country are helping their local agencies celebrate the impact mentoring has on today’s youth. Here in Colchester, we are spending the month reflecting on our 40 years of stories, friendships, and memories.

Bob Peterson is one of the volunteers who helped us create those stories and memories. Bob first decided to get involved with our agency when his kids were growing up and starting their own paths in life. Bob felt like he wanted to get involved in the community and help some kids in need. He was matched with Shawn.

“What I remember most about Shawn from early on was how much he loved to draw, and how talented he was,” said Peterson. “Any opportunity I had to ask him to draw something for me, I did.”

I met with Bob in the beautiful home he shares with his wife Carol on Shortts Lake. It wasn’t long before Bob was showing off artwork of Shawn’s he had on display in his home. With a big smile on his face, Bob described how Shawn captured every detail of the house in this painting. I could see just how proud Bob is of Shawn.

“Shawn is now an exceptionally talented and well-respected tattoo artist,” gleamed Peterson. “He travels internationally to compete in competitions. He just opened up his second shop.”

Bob was surprised by a visit from Shawn who now lives in Edmonton, just a few weeks ago. The two have kept in touch now for over 30 years. I could still hear the excitement in Bob’s voice as he filled me in on their short but sweet visit.

“During his visit, Shawn shared with me just how important my family was in his life, as he was growing up, and that really touched me,” said Peterson. “At the time, it felt like we were both filling a gap for one another and we just had a lot of fun. Knowing that I helped make a positive impact on his life means the world to me. I couldn’t be prouder of the man he’s become.”

Bob enjoyed being Shawn’s Big Brother so much that he decided to get more involved with the agency, as a board member.

“Bob was the kind of board member who was always there when you needed him,” said Michelle Misener, Executive Director with Big Brothers Big Sisters. “I can’t count the number of times Bob allowed the use of his business space or shared his valuable opinions.”

Bob sat on the board for 15 years. Over those years you could find him scooping ice cream at the exhibition, selling chips and hot dogs at Kiwanis Park or pulling a float in the Santa Claus Parade. He was always up for the challenge because he cared about the agency and the service it provided kids like Shawn.

“To see now how far the agency has come is exciting,” said Peterson. “They were always on the right track and doing all the right things. It’s great to see them reach the success they have.”

We will be celebrating volunteers like Bob at our Big Night Out event happening on Oct 13th. We encourage past and current volunteers and friends of the agency who have been involved over the years, to get in touch with us if they’re interested in learning more about the event or RSVPing. They can do so by calling our office at 895-4562. 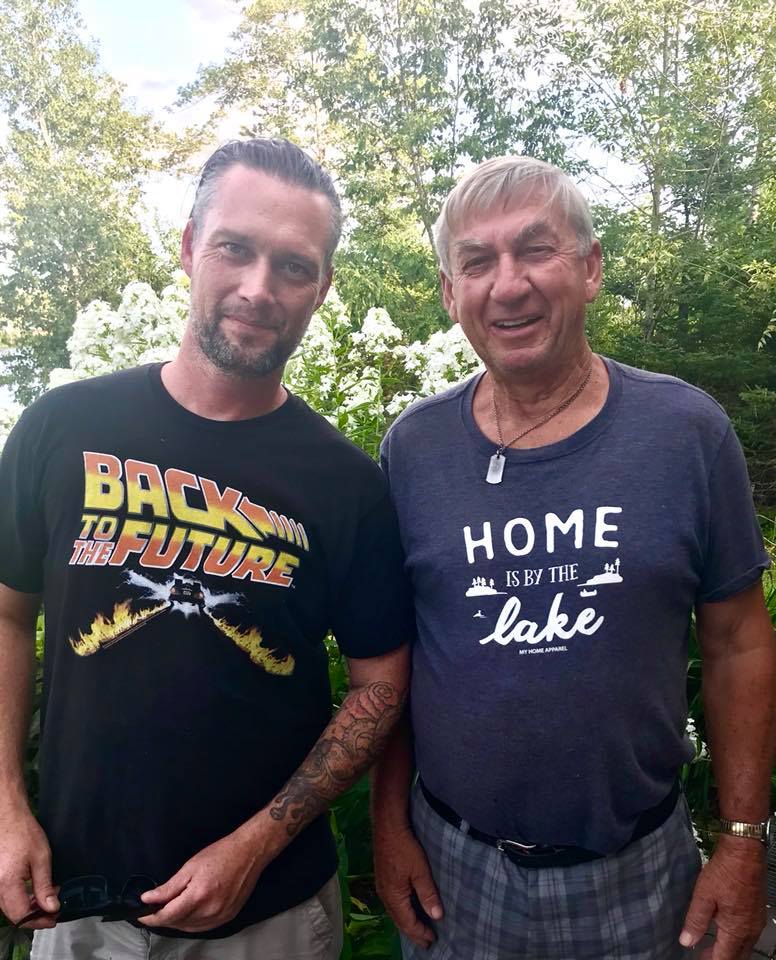